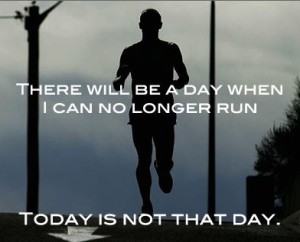 The running Gods haven’t been too kind to me lately. Although I had a great race last weekend, got a new 5K PR and ran my first half marathon a few weeks ago, I can’t seem to shake these aches and pains from running. If you’ve been reading my blog somewhat consistently over the past eight months you know I’ve been plagued with my fair share of running-related injuries- runner’s knee back in the spring, IT Band Syndrome this summer and now self-diagnosed peroneal tendonitis.

I can be extremely thankful that none of these bumps and bruises have seriously sidelined me for any extended amount of time (knock on wood!) they have been extremely frustrating. This latest mishap has me more frustrated than usual. While it doesn’t hurt as bad as the IT band flare-up did, it’s more of a nagging pain. I can run with it, it even seems to go away after the first few miles, but I just want to run injury-free. Is that so much to ask for?

After seeking advice from some friends and going on a Google frenzy in search for stretches and exercises to ease peroneal tendonitis, I came to the conclusion that it might not be a bad idea to take a few days off. I haven’t done that in the past eight months so maybe that will help? Hopefully. I know I sound like I’m complaining but it pains me to “rest” especially when I see my friends and the close-knit virtual running community logging their weekly miles. I want to go running, why can’t I log 30 miles, 40, even 50 miles a week?

Oh, that’s right, I only started running eight months ago. I think my ambition and sheer love of the sport is the real cause for these injuries that keep sprouting up. I love running so much and am always itching to get out on the road or to hit a trail that sometimes I forget to really listen to what my body is trying to tell me- I need rest.

This reminds me of a conversation I had with my dad a few months ago. My dad is a 16-time marathon veteran (he ran Boston eight times and boasts a 3:09 PR) and although he hasn’t been a consistent runner for awhile now, he can relate to my recent frustrations. He said to me, “Hannah, running is like a roller coaster. One day you can be high up and feel amazing and the next you come crashing down.” He explained to me that a lot of the time things happen for no apparent reason and you just have to take it easy to prevent further injury. 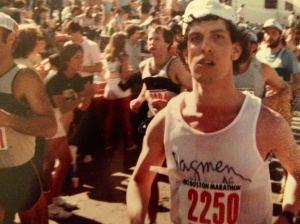 If this means resting a few days for me, so be it. I forget that there are so many people out there who can’t run. I get so down on myself when I get an injury and find myself getting jealous of those runners who say they’ve never been injured, but the truth is, every runner is different. I also need to be more patient with my running. I get overly excited by new PRs and longer distances that I forget I really haven’t been running that long. Moral of the story? I need to be more patient, listen to my body and be thankful for all of the progress I have made in the last eight months. The rest will fall into place over time!

Have you had any running-related injuries? What’s your advice on staying positive through injury? Share you stories in the comment section below!

A few weeks ago I started feeling a sharp pain on the outside of my right knee. It usually showed up about a mile into my runs and felt like someone had stuck a knife into the side of my knee. My knee would either lock up at this point, or, if I was able to push on and keep running, the pain would travel all the way up the outside of my thigh to my hip. I knew immediately this was an IT Band problem.

With a little more than a month left in my training for a half marathon on Sept. 30, and three weeks into marathon training for a race on Nov. 19, this was not going to fly. I needed a solution. Fast. After taking quite a few rest days, I felt ready to hit the road again for an easy, quick 2-mile run. Not so fast, my IT Band said and around 1.6 miles my knee locked up and I literally could not run anymore. I was devastated and took to Twitter, as I usually do, to ask my runner friends what was wrong.

After hearing from a bunch of people I was informed it was more important to find out what caused the problem before trying to fix it. One of my Twitter followers, Ryan Knapp, a triathlete and endurance running coach from Kansas City, suggested the problem may be my form. Ryan asked me to take a 30 second video of me running away from my camera and back to my camera. I then sent it to him through his website and he evaluated it.

He told me he could immediately tell I used to be a dancer because of my posture and he said he’s be able to help me. Here’s the video I sent to him:

(Don’t mind my Dad talking in the background…)

After reviewing my video, Ryan filmed his own video to explain to me what he saw in my running form and what I could do to fix it. He said overall, my form wasn’t terrible- I have good body position (meaning I’m not leaning to one side or the other) and I have very still shoulders. However, he told me I had three things I needed to work on- lifting from my core, swinging my arms correctly and lean more.

Here’s the video Ryan did for me:

Ryan said there were two simple exercises I can do to work on my form and get used to mid-foot and fore-foot striking.

Yesterday morning I did these drills and put the tips into practice and I noticed a significant difference in my running. (Knock on wood*) I had hardly any IT pain and I ran an easy 5 miles in 45 minutes, pretty good time for me. I had to concentrate a lot more on my form throughout the run because the second I stopped paying attention I found myself going back to my old form. I talked to Ryan about this and he said, like with anything, it’ll take some getting used to. I’ll keep you updated on how it goes! 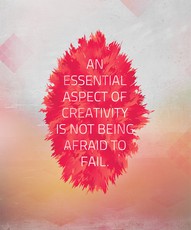 Sadly there’s not much to report from this past week. My training plan called for an easy 2-mile run to start off the week last week and because of my work schedule I didn’t get to do it until Wednesday. Two miles is nothing to me at this point but about 1.6 miles into the run my right knee locked up and it felt like someone stuck a knife into the side of my knee. The pain was so sharp I had to slow to a walk immediately. Weird thing was, it instantly felt fine. So I decided to start back up again when the pain came back with a vengeance and I decided to slow to a walk completely.

I was so disappointed and angry. I thought to myself, “I have not come this far to get injured a month before my half-marathon.” So I decided to do the right thing and rest all week. No running at all. I worked out though pretty much every day and did a ton of yoga.

After much research and consult with other runners on Twitter, I realized I have developed an IT band irritation and the cause is most likely my form. According to Ryan Knapp, an endurance running coach and triathlete, the IT band flare up was probably the result of poor form. I first noticed the pain while running a 5k a few weeks ago but it went away shortly after. I was able to run 12-miles no problem a few weeks ago and 9 miles two weeks ago but 2 miles killed me.

Ryan is helping me fix my form and according to him I should be back running stronger and better well before my half-marathon on Sept. 30.

If anything, not being able to run during the past week has made me realize what a gift running is and how much I have fallen in love with the sport. At this point I’m just trying to stay positive and put one foot in front of the other. I’ll be sure to do a post too about my form and keep everyone updated on my training!

Monday- power yoga and 3:04 min. plank a day and an ab workout

Thursday- 3-miles on the elliptical and strengthening for legs, arms and abs. 4:00 min plank.

Sunday- Rest day (I was at a graduation all day)

Getting injured while training for a big race is not easy. It’s hard to figure out if you should keep training, seek advice from a doctor, or just rest. I’m training for a half marathon and marathon now and an IT band issue cropped up. I decided to ask my Twitter followers for advice.