This has been quite the crazy week for me between traveling back to Massachusetts for the holidays to coming back to Pennsylvania for work the day after Christmas, to a snowstorm, to some iffy but successful treadmill runs- I’ve been all over the place! But, lucky for you, I still managed to find some pretty cool running things on the interweb. So, here they are- my Friday Faves! 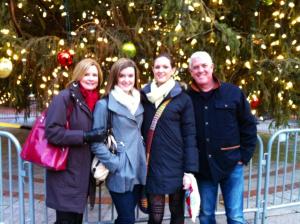