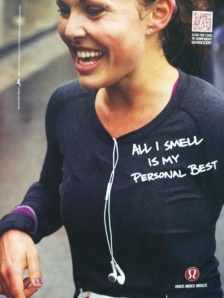 Last week’s training was really phenomenal- seriously I think I had a breakthrough. I’m not just talking about a running breakthrough- although my paces were on point and I had good mileage- but I’m talking about a personal breakthrough. I work with a lot of really good, really fast, really experienced runners. So, when I have a new goal, sometimes I get embarrassed because it’s not as amazing as the goals my coworkers have but I often forget I JUST started running in February and it really is amazing to see how far I’ve come in such a short amount of time.

My new goal I’m working on right now is to run a sub-50 10K, mostly because I want to get faster, but also because I’ve never had a time goal for a race. I also just found out I’ll be running my second half marathon in January (yikes/yay!) so I’m now trying to merge both trainings into one. But, I’m really excited about both of these goals because they will be the perfect way to bring in the new year. Also, this training so far has taught me to not be ashamed or embarrassed about my goals because every runner is so different. All that really matters is that I reach my own goals and even if I don’t, so be it, it’s not the end of the world.

That being said, my training was GREAT last week. I started off on Monday with some cross-training and tried a new bootcamp class at the gym. I’ve never done bootcamp before but I thought it would be a good idea to switch up my strength training. While the class was only 30 minutes and I used lighter weights, it turned out to be harder than I thought! My legs and arms were sore for days, although I tried to convince them otherwise…

I had a tempo on Tuesday which was a little difficult on dead legs but I nailed my goal pace of 8:06/mile for 3 miles! Then, on Wednesday I ran 5.3 miles on the treadmill after work. I was kind of dreading this run and as I headed to the gym, I seriously thought about turning around and going home. However, once I got going I felt really great (despite my still-sore legs) and I ran at an easy 9:26/mile.

Thursday was a speedwork day and I knew this was really going to be challenging. My plan had me running 3x1200m intervals at 8:02/mile with 400m easy pace in between. After a two minute warm-up I started on the first interval and felt surprisingly good. I made it through the entire workout without any resting or walking which was the first time I’ve done so with speedwork, so I was pretty excited about that!

I ran during lunch on Friday with a bunch of coworkers. We did a great 4.5 mile out-and-back in the neighborhoods and trails around our office. We said we were going to take it really easy but ended up picking it up a bit and running an average 9:16/mile.

I rested on Saturday because I went to NYC for the day (!) but did my long run on Sunday. I was only supposed to run 6 miles but felt so good and decided to run a little over 7 miles. My pace was also great, with an average of 9:14/mile with faster intervals in the mid- to low- 8s!

Overall, my training was really great and I am becoming much more proud and less embarrassed about my sub-50 goal. I think I will be able to hit it, especially with the adrenalin associated with racing.

How did your training go last week? Let me know in the comments below!